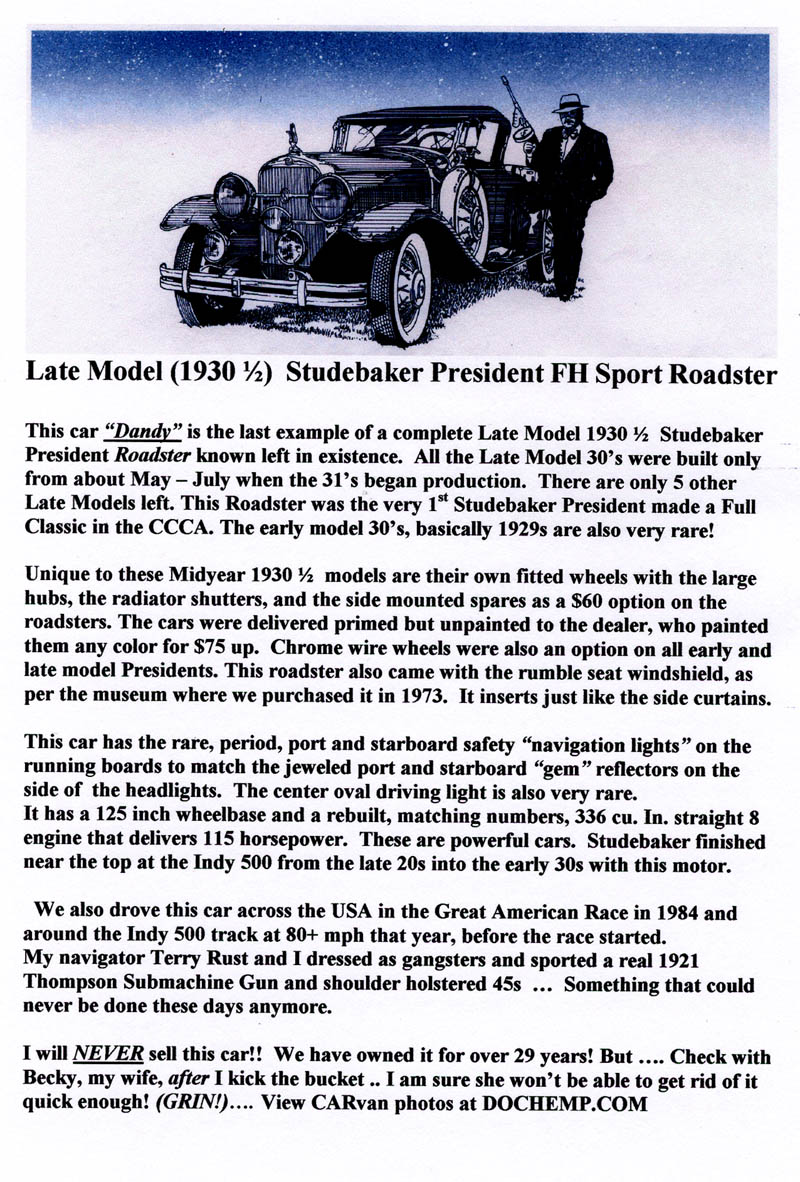 Rather than saying ours is the only complete one left, it would be better to say it's the only factory built one left. A good friend of ours ..... David Lane in New Zeland, as mentioned in the Antique Studebaker Site, owns the only other Mid Year 1930 Studebaker President Roadster known left in existence. The custom built Roadster body was built in New Zeland after Studebaker shipped the car over finished only up to the cowl. It also has the side mount option. The custom body was built 6 inches wider. It is also a wonderful car and of course very very rare. David and Sally have driven that car over 300,000 miles and are the 2nd owners for over 40 years now.
Below is a photo of "Dandy", our car, taken at the PNW Tour lunch stop in the Redwoods at Williams Grove parking lot South of Eureka in the Avenue of the Giants. And a photo of Becky with "Dandy" at the ImmortalTree. 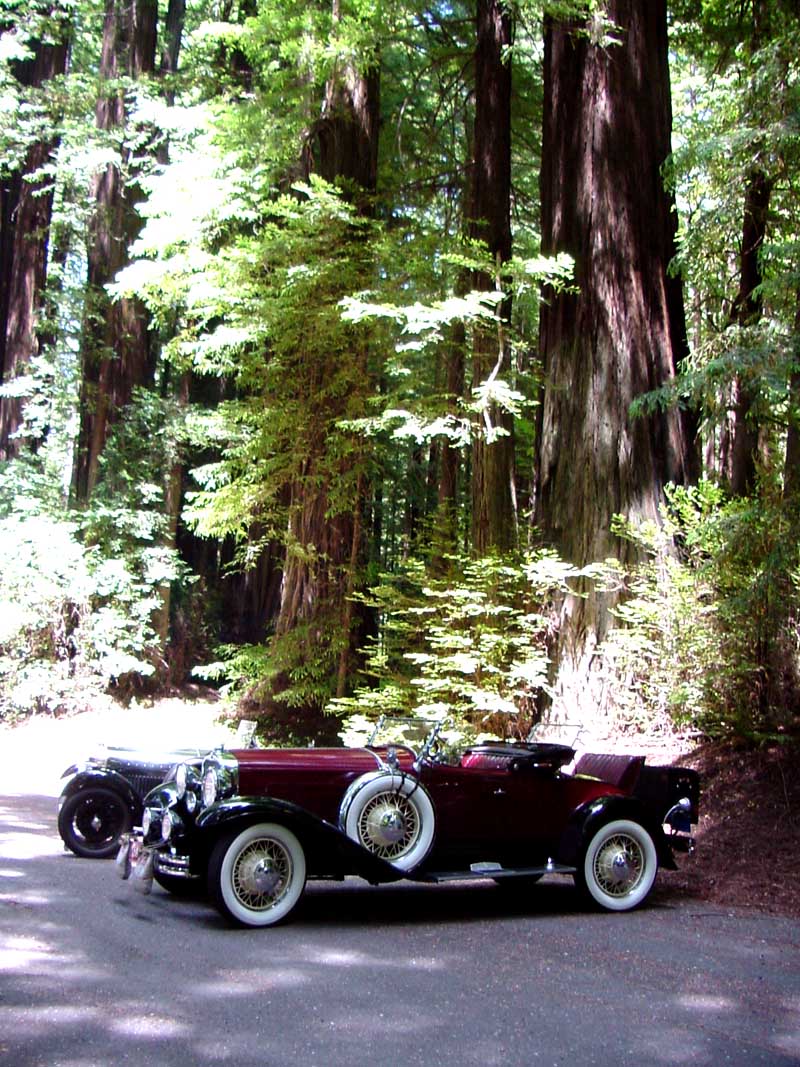 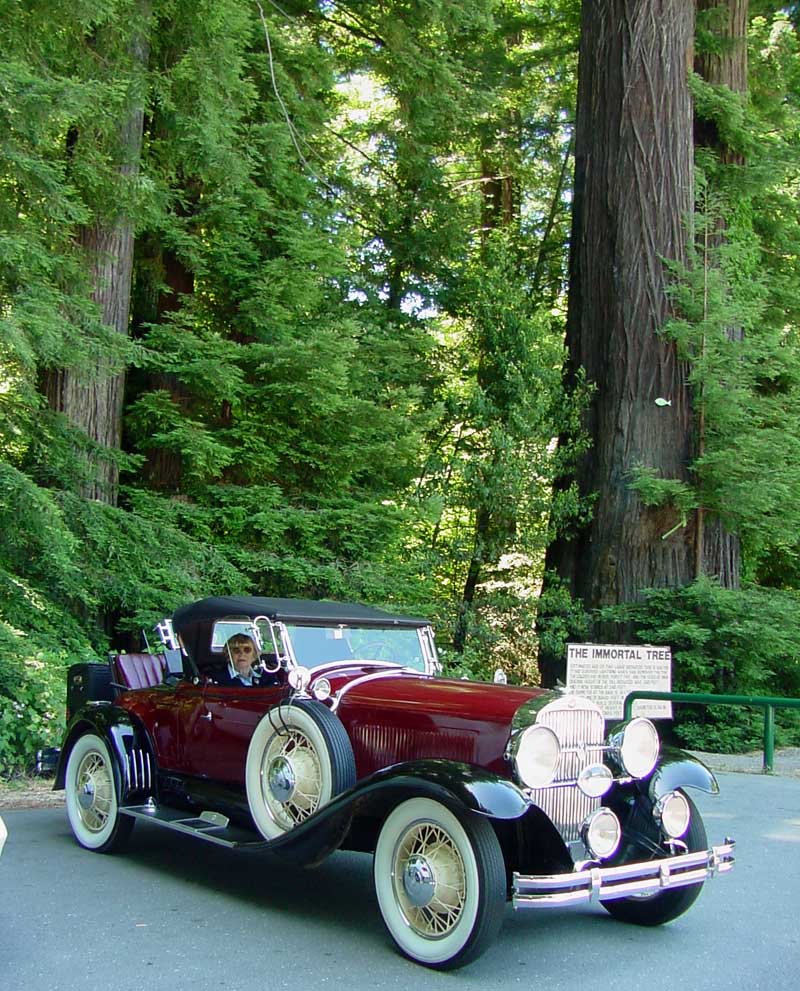 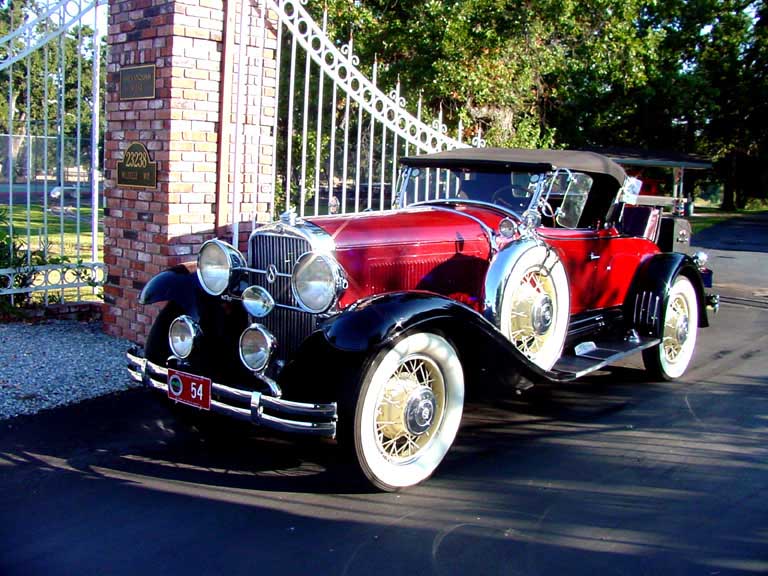 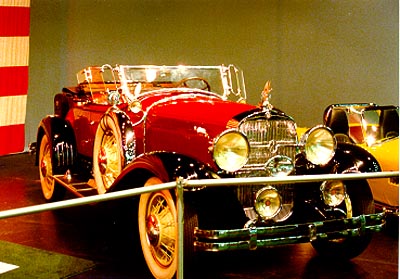 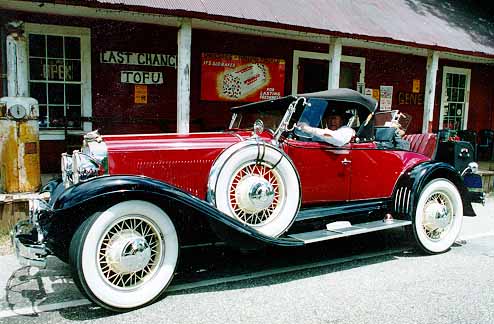 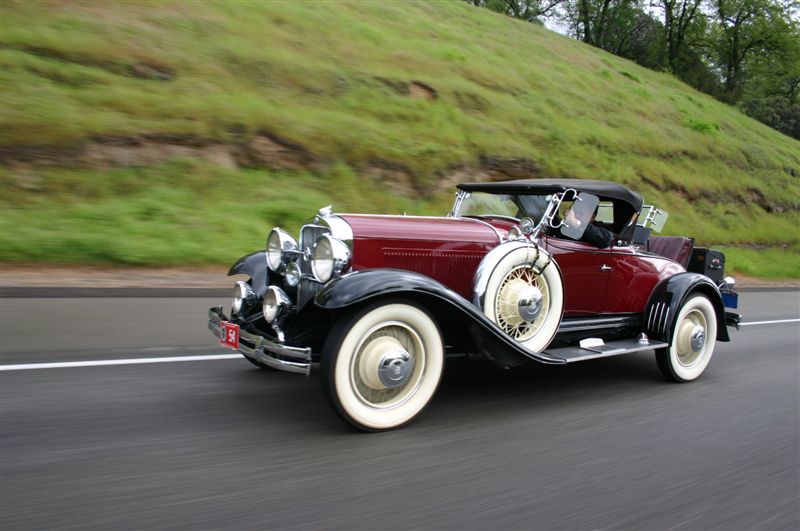