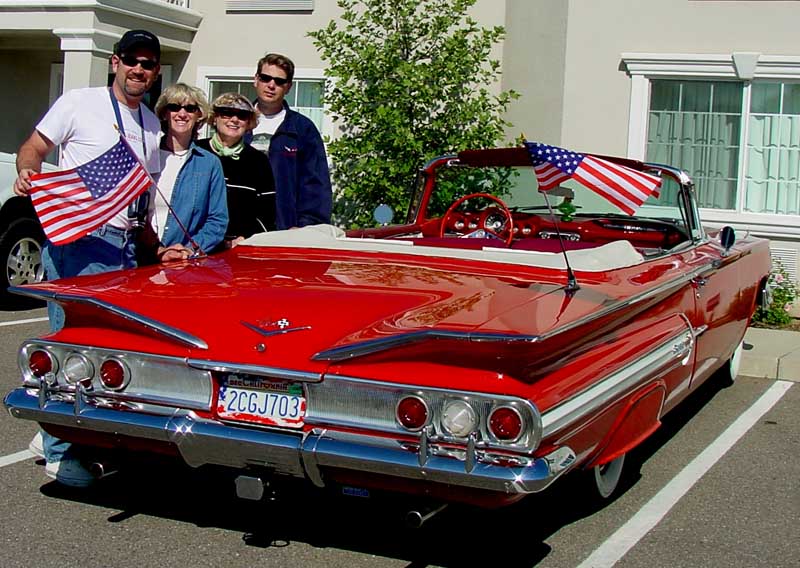 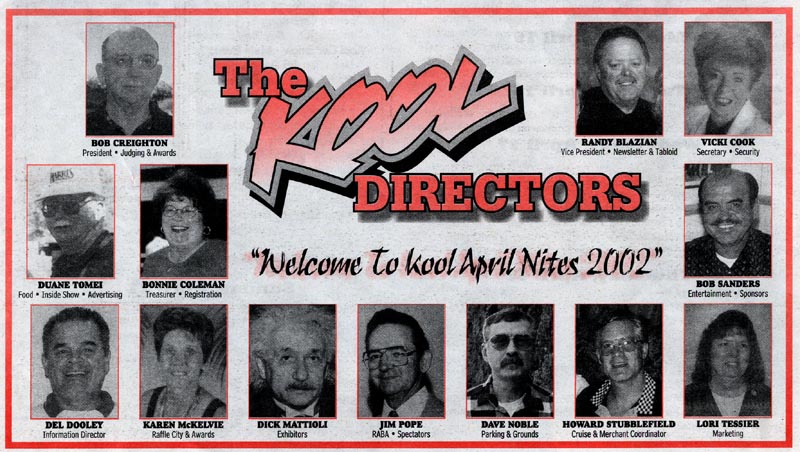 I just want to say that the thousands of hours that it takes to put on a show like this is greatly appreciated by all of us that attend this function!!! I just can't say enough about the group pictured above and all the hundreds of volunteers that donate sooo much time because of their love of this hobby and our community. Becky and I am honored to do our small part by donating this unofficial pictorial site. It is in no way in competition to the official site .. it is only meant to compliment the official business site. We are also all blessed to live in such a great community that supports functions like this to the MAX too!

This site is dedicated in the memory of our good friend & patient for 20 years .... Bucky Bucklin who passed away 8/8/99. Bucky was one of the original founding fathers of the Kool April Nites Car Show. Bucky was the best of the best! A fellow car lover & EVERYONE'S FRIEND!! He never had a bad thing to ever say about anybody. You Are Missed Bucky!
I want to also dedicate this site in memory of another Kool April Nites founder, Randy Harrison and his wonderful wife Barbara who has done such a great job this year 2000 filling in for Bucky and Randy. 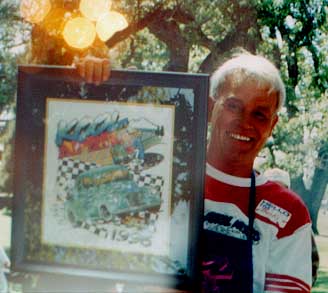 Below we have a history in photos of many of the earlier Kool April Nites and those involved in running it. There is also a link to the offical website where you can download an application. Becky and I hope to see you there every year ... in the parade we are driving Becky's 1960 Chevy Impala convertible .... Red with Red & White tuck n' roll interior ... photo below
Cheers and enjoy .... Regards ... Dave & Becky